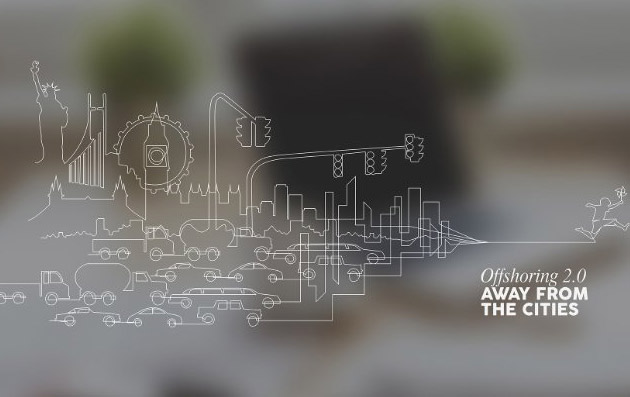 Today there is a big buzz about start-ups for generating employment. We know that only a small percentage of start-ups succeed, but in the meantime, they create a lot of exciting jobs. Technically savvy youth are turning in droves to start-ups putting in incredibly hard – and smart – efforts to create something new, instead of the regular jobs at well-known companies.

However, it is also a fact that the whole phenomenon of start-ups is restricted mostly to the metros in India. Most start-ups are in the metros and most problems being solved are also of the metros. How can our small town model play a role in the start-up world?

As we all know, there are problems, even large problems that exist in the non-urban India. I referred to Nandan Nilekani and his book Rebooting India in my last blog, where he suggests that technology start-ups building solutions on top of all-India technology platforms such as JAM / UPI are indeed the solution to these problems. But for that, these technologies need to be operationalized and taken to the masses. Just like Aadhar.

Like this big problem of inclusion, there are problems that non-urban India faces of remoteness, language, and even that of relevant content. (E.g. agriculture may be more relevant in non-urban areas rather than the urban issues of cab-sharing and home delivery.)

The core technology for such issues may even exist already. Being in the region where the problems exist, the start-ups in the small towns may be best placed to operationalize or build solutions on top of the core technologies to address real large scale problems in non-urban India. This is exactly the role we would like our small town model to play at I2I. Watch this space as we progress this thinking into action, with announcements of start-ups that we will promote.

We will angel invest in these start-ups and incubate them. We can even offer engineering services through our practices of development, testing, helpdesk, IT support, sales and implementation support. While the start-up succeeds, the bigger success will be the small town model which supports it and also simultaneously created employment in the small towns.

Today, there is a lot of concern about future jobs getting lost to automation that new technology brings in. I am clear that the right way of generating employment is not by preventing automation. The advance of technology is inevitable. The smarter thing to do is to embrace technology and find / create new jobs in the new paradigm, as those jobs are more sustainable in future. They say that the best way to predict the future is to create it! Working closely with start-ups allows us the great opportunity to do that!